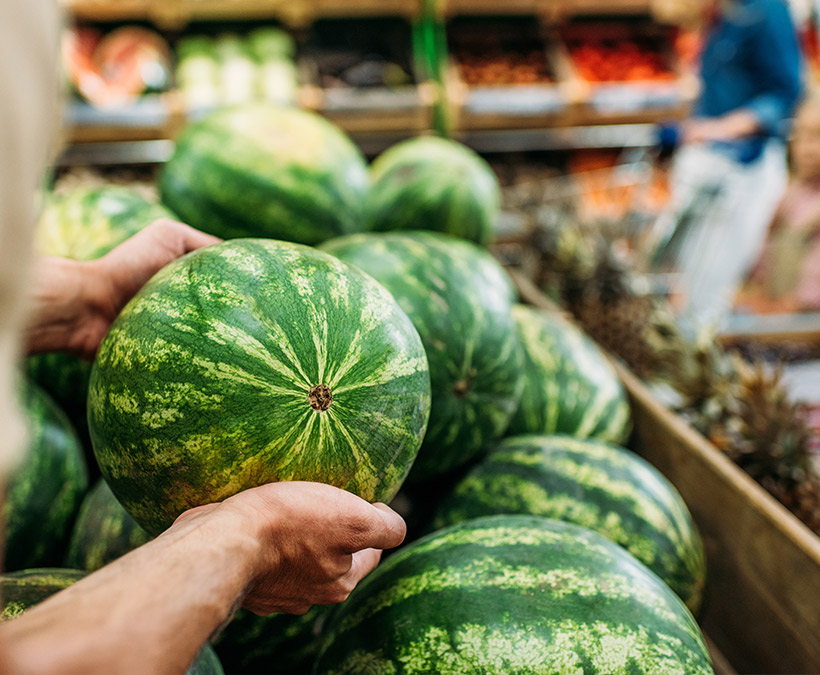 Summer is here, and so with it the watermelon. Spanish watermelon is a delicious and fresh fruit that in Spain with a large market that extend to all over the world.

Spain’s 1,600km of coast along the Mediterranean makes it an excellent location for agricultural production, particularly in the regions closest to the sea; Andalucia, Murcia, Valencia and Catalonia. But the production of this fruit is concentrated mainly in Andalucia and the Region of Murcia.

Watermelon production has been increasing steadily in the past years, making Spain one of the largest producers of this fruit globally. Even in Europe, Spain is the largest exporter of watermelon, followed by Italy and Greece.

Spanish watermelon is particularly popular in the early months of May, June and July, which makes it the first to enter the market due to early harvest. The production seasons of watermelon in Spain start during the summer periods. Due to its high water content, this fruit is capable of resisting high temperatures during the hottest months of the year. The harvest occurs particularly in the months of June, July and August, but it can also start in May and be extended up to the month of September.

There are two main types of cultivated watermelon in Spain: Seeded and seedless varieties, and typically, the first one is commercialized nationally and the other is for the export market.

The harvest is typically carried out 80-90 days after cultivating. This varies depending on climate, varieties and date of cultivation.

This fruit is one of the most popular fruits sold in Europe, that’s why imports of watermelon are on the rise, specially the mini sandia and seedless varieties are growing in demand due to their convenience and personal size. The main importers are Germany, United Kingdom and France.

Another important fact is that the consumption of fresh fruit in Europe is developing towards a more sustainable approach to production and processing. Environmental and social issues are gaining in importance. Social and environmental certification schemes include actions to strongly reduce and register the use of pesticides, take action on the safety of employees and/or even include price guarantees, but also to offer more increasingly organic prod

Summer couldn’t be understood without watermelon. Because of its flavor and freshness it is really appreciated by European customers to buy watermelons. In Myrtea we work hand-to-hand with Sol de Levante in order to offer you the best quality in fresh watermelons and bring them to you, any time, any season.

Prepare in advance your campaign info@myrteaexport.com