Importance of Broccoli in European cuisine 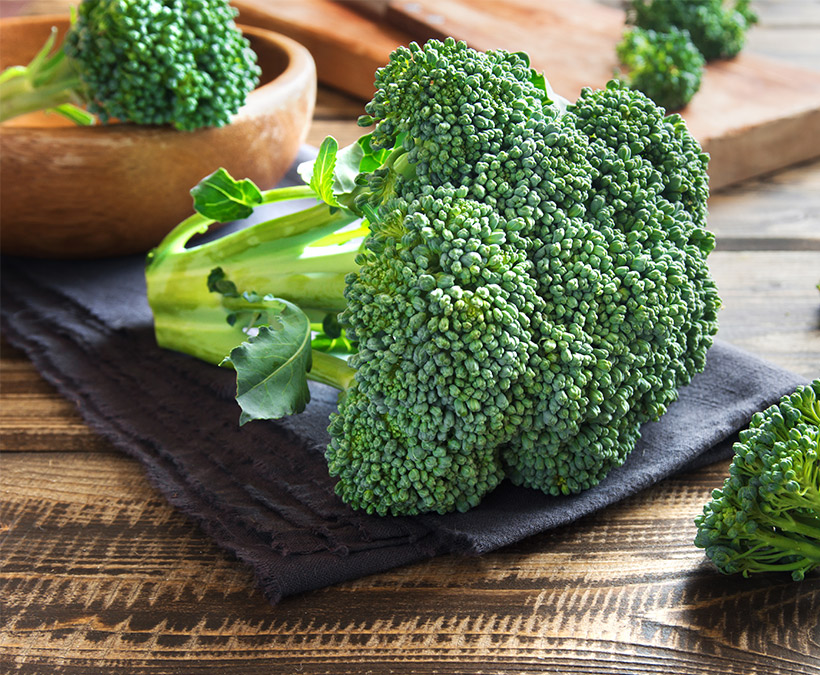 It is known that brassica is the largest and most widely consumed group of vegetables in the European cuisine and all over the world. And one of the most popular vegetables in this family is the broccoli.

The increasing popularity of broccoli has been related to its nutritional properties, market accessibility and convenience. Broccoli can be found in stores in many forms as fresh heads, pre-cut as florets, broccoli slaw, individually frozen, in fresh and frozen mixes and soups.

This expanded market allows the convenience for consumers by reducing preparation time and burden. Broccoli is commonly eaten raw, steamed, and roasted, and is utilized in a variety of recipes; popular dishes with broccoli include soups, casseroles, stews, salads, stir-frys, and various pasta and noodle dishes.

The European Commission is trying to encourage the consumption of vegetables. They want to improve its contribution to a more sustainable production and consumption in order to get a change in the European cuisine.

The role of broccoli in European cuisine

Broccoli has been established as a basic product in the European cuisine, not as a seasonal product. For this reason, it is offered the whole year. Its growing popularity and the increase in consumption of this vegetable encourages farmers from many areas of Spain to bet on this healthy and complete crop. Thanks to the work of the Spanish sector, coupled with some intense promotional activities, it has been possible to offer a continuous, quality supply to the European market throughout the year.

Nowadays, broccoli is a trend. There is a lot of consumption in European cuisine. Eastern countries, such as Hungary, Romania, Czechia or Slovakia are consuming a great amount of broccoli.

Likewise Spanish broccoli has the United Kingdom as the first customer, followed by France, the Netherlands and the Scandinavian countries. Outside Europe it also has an important market in the United Arab Emirates, Russia and Bulgaria.

Production of broccoli in the Region of Murcia

Spain is the first producer of this vegetable in the world. 50% of Spanish production comes from the Region of Murcia, followed by Ribera del Ebro and Extremadura. Of the total production, approximately 120,000 tonnes are used for frozen and 400,000 tonnes for fresh export. These figures represent a 100% increase compared to the figures of 10 years ago.

The Region of Murcia is a reference point in Europe in the cultivation of vegetables, especially in products like broccoli. Specially, the Guadalentin Valley is the most important area in production and commercialization of broccoli in Spain.

Broccoli is one of the most popular vegetables and its consumption is growing in the European cuisine. The Region of Murcia offers the best production of brassicas, which specially includes broccoli.

As we work together with Sol de Levante we can have a fresh production of broccoli during the whole year with the best taste and quality. In Myrtea we are strongly committed to quality and sustainability in order to bring to you the best products any time, any season.

Contact our commercial team to provide you the best broccoli in Europe info@myrteaexport.com